At Cinema Vehicles, we love movies about as much as we love cars. From the unbelievably lucrative and culture-defining Fast and Furious franchise to cult classics like Mad Max, cinema history is filled with some pretty cool movie cars that really stood out on the big screen.

For this list, we chose cars that represented a generation, developed successful franchises, or just plainly wanted to make you save up enough money to buy one of these cool cars.

Some of these cars were designed by Cinema Vehicles and our incredible custom fabrication department, while others were created by other custom carmakers — but inspired our team nonetheless. Let’s explore how these cars were made, where they show up in the movies, and why they deserve to be on this top 5 cool movie cars list. 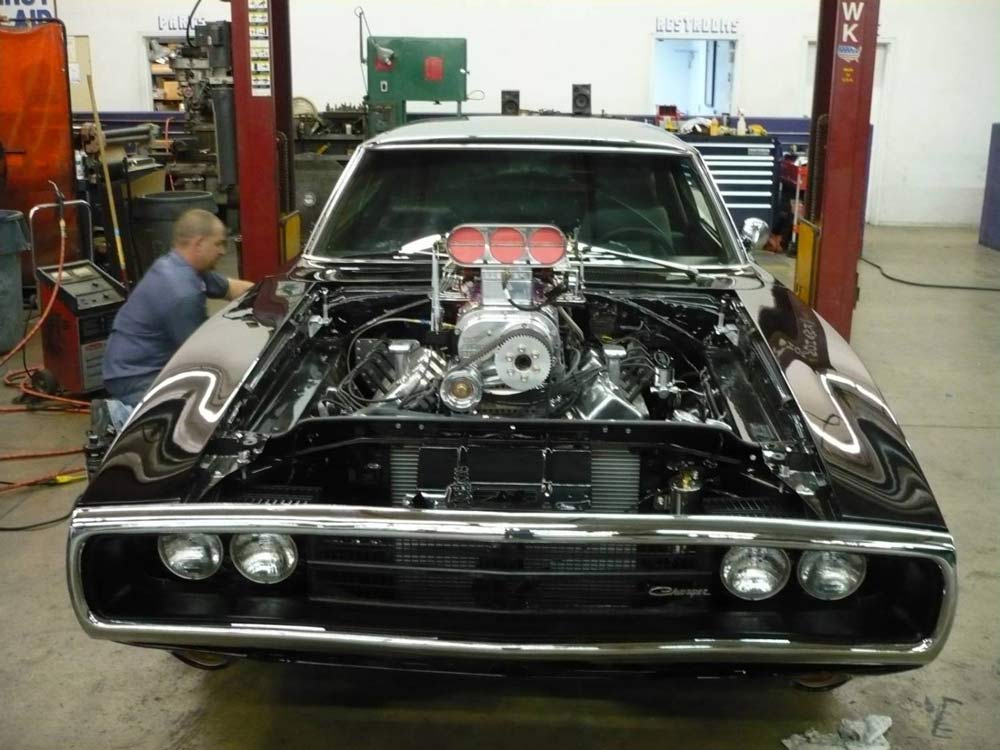 The Fast & Furious franchise embodies the essential American racecar theme throughout each of its films. The original 2001 movie, The Fast & Furious, utilizes the Dodge Charger, a powerhouse of a muscle car and more importantly one of the greatest cool movie cars.

Our team at Cinema Vehicles designed the 1970 Dodge Charger for the film. We added a blower charger and bug catcher to original stock chassis. Both of these features made the vehicle more like a custom street racing car and made the car overall more appealing for the cameras.

We also added in a supercharger into the Dodge Charger, so the car could speed through the streets of Los Angeles unlike any other streetcar out there. We also added these features to correlate to Dom’s backstory working as a mechanic by day and street racer and hustler by night.

While the car is shown throughout the movie, the iconic scene with the Charger comes at the end of the movie. Dom and Brian face off against one another in a drag race, with Dom driving his Charger and Brian in a Toyota Supra.

As the pair race to beat an oncoming train, Dom ultimately loses control of the vehicle after hitting a truck. He recovers and sets the course for the following movies in the franchise. 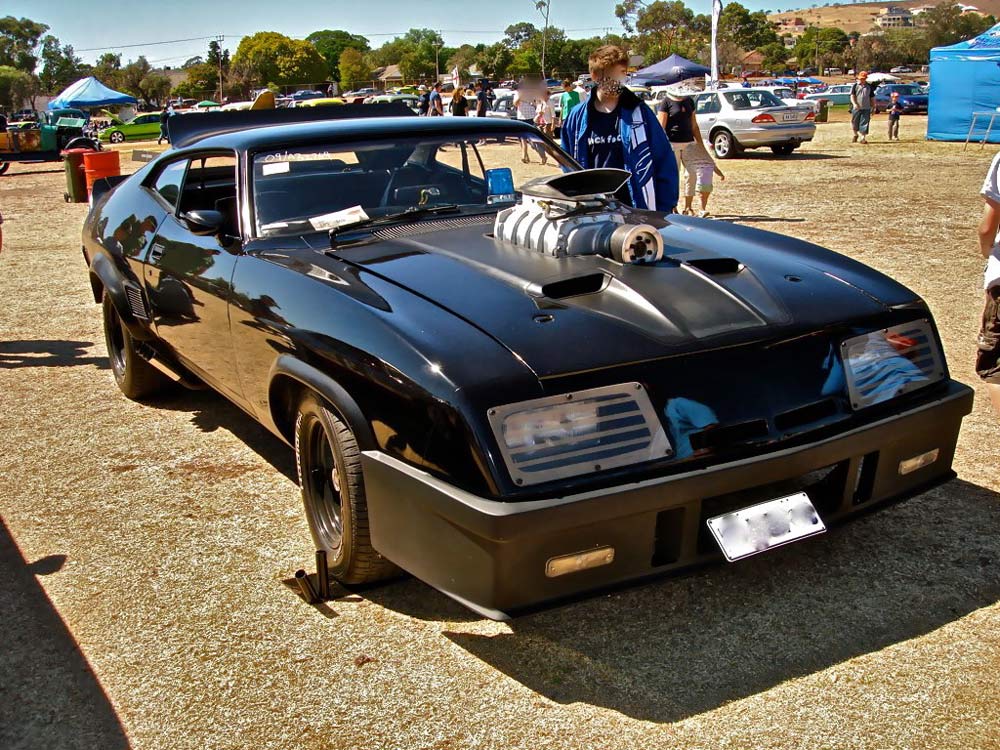 1979’s Mad Max is yet another example of a classic car movie. Set in a bleak desert world where humans have run out of natural resources, the 1973 XB GT Ford Falcon shines brightly as the main vehicle of the homonymous hero. Our team at Cinema Vehicles picked this car, because it exudes the feeling of cool movie cars, especially muscle cars. From its rugged appearance to loud engine, the Ford Falcon screams cool.

Mad Max certainly transformed this average looking car prior to the movie into one of the most prominent icons in movie history. The car fits the character of not only the environment of outback Australia, but also Mad Max. Max is an outlaw lawman, and the Ford Falcon delivers on both of those personality traits.

The carmakers for the film designed the Falcon to be a radical car and something that a lawman would want to drive. With a lot of speed capable on the Ford Falcon, it is no wonder why producers chose this vehicle for the film. 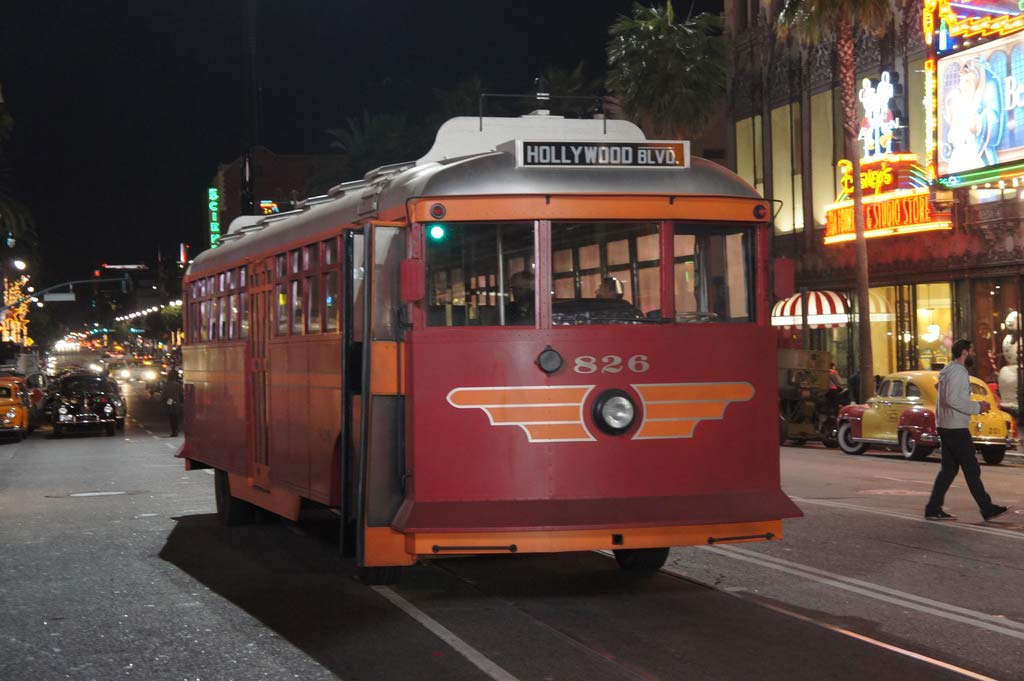 The 2013 crime thriller Gangster Squad is a cool throwback to cars of a different era. Set in post-World War II Los Angeles, the film’s plot centers on the wars between the police and gangsters of the time. The police form a special task unit known as the ‘gangster squad,’ which works to take down the criminal enterprise of Mickey Cohen.

Our team at Cinema Vehicles loved working on this project and recreating some cool movie cars from the 1940’s. For the film, our team made dozens of the sedans for the film. We also built a replica trolley for use in the movie’s Los Angeles background scenes.

The sedans were recreated from 1930’s model sedans; so they fit the gritty, gangster look seen in many classic crime thrillers. The custom built trolley was a very creative build, because it took some time to authenticate the historical accuracy of the trolley.

There were two notable scenes where the trolley and cars both appear front and center on screen. The first scene was during the gangster squad’s first mission chasing criminals out of a cabaret club. The second scene shows gangsters fighting with the police in downtown Los Angeles, and the trolley makes a significant part of the backdrop. 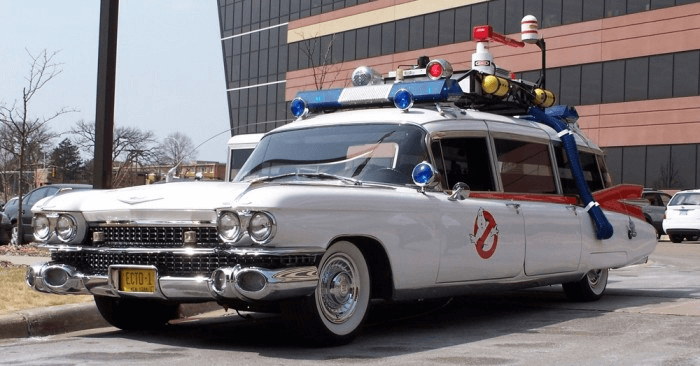 The Ghostbusters 1959 Cadillac Miller-Meteor Hearse is a hybrid of being both a cool, yet classic vehicle in movie history. The car’s given name, Ecto-1, was the iconic vehicle used by the Ghostbusters on their missions around New York City.

The car was originally purchased in poor condition and required many updates from the production crew. During their build, the crew reworked the suspension and added modified brakes to fit the custom build requirements for Ecto-1. Also, the gurney in the back of the hearse was modified to fit the proton packs of Ghostbusters.

Beyond the internal changes, the car had to undergo a lot of external changes as well. From ghoul capturing gadgets mounted on the roof to the insignia of the Ghostbusters painted on the door panels, the car quickly became one of the cult cool movie cars. 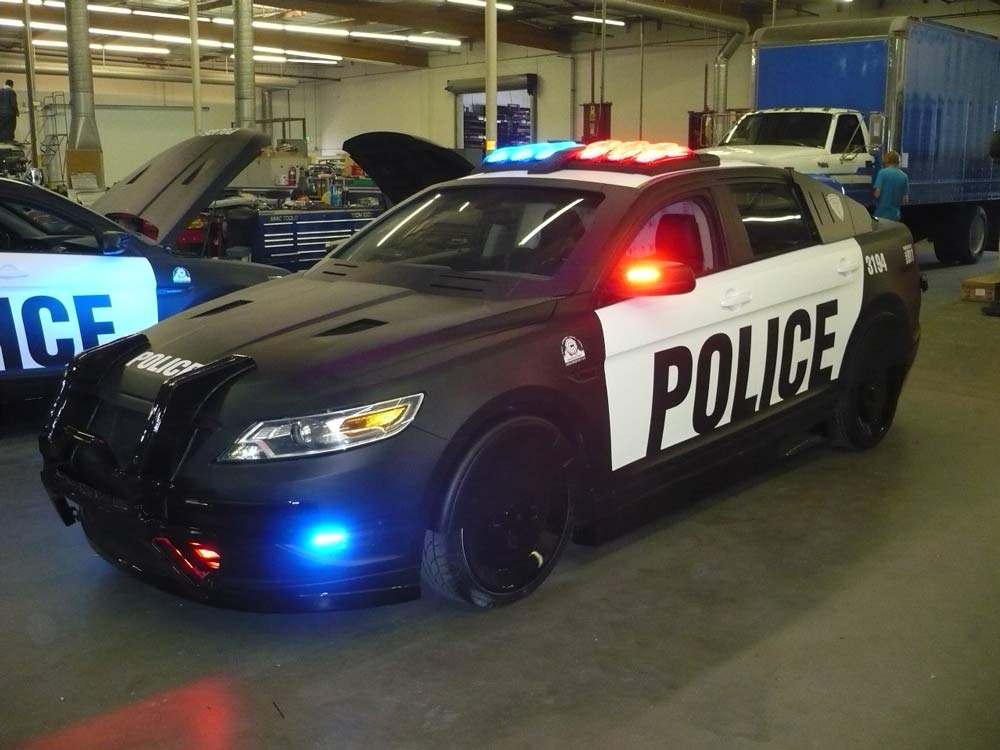 RoboCop is a beloved sci-fi movie from the 1980’s and was recently brought back for a 2014 remake. The film’s plot of a police who is rebuilt into a cyborg after a horrific accident has captured the attention of sci-fi fans for years.

Our team designed the police car used by RoboCop in the new film. We made the car look just like a modern police cruiser, except we upgraded a few external pieces to make the cruisers align with the movie’s slightly futuristic timeline of 2028.

The RoboCop cruiser shows up in many of the action scenes in the movie. RoboCop uses the police cruiser to capture criminals in future Detroit. This car was a fun build and really emphasized what cool movie cars will come to look like in the future.

Where Can I Find Cool Movie Cars Like These?

From the super sleek classic muscle cars in the Fast & Furious franchise to the offbeat Ecto-1 from the Ghostbusters, cool movie cars are found in almost every great movie. We here at Cinema Vehicles hoped you enjoyed going through our list of classic cars that we and other carmakers have made for the big screen.

If you want to know more about Cinema Vehicles’ classic movie cars we create or our other custom vehicle services, contact our team today.