Space as they say is the last frontier: an unexplored open universe to navigate dangerous obstacles and discover new and mysterious forms of life. The best mode of transport to get through this interplanetary Wild West is with a spaceship. Spaceships are a very cool piece in a sci-fi movie’s catalog of props, and many great sci-fi movies over the years have produced some of the best movie spaceships.

Today, Cinema Vehicles wants to beam you five of the coolest spaceships from the movies and TV, and while we can’t take credit for all of these amazing designs, they certainly serve as inspiration for the amazing custom fabrication work that our team does each and every day.

From Star Wars and the Millennium Falcon to Alien’s Nostromo, we want to showcase 5 of the best spaceships from the movies.

1) The Millennium Falcon from the Star Wars Franchise 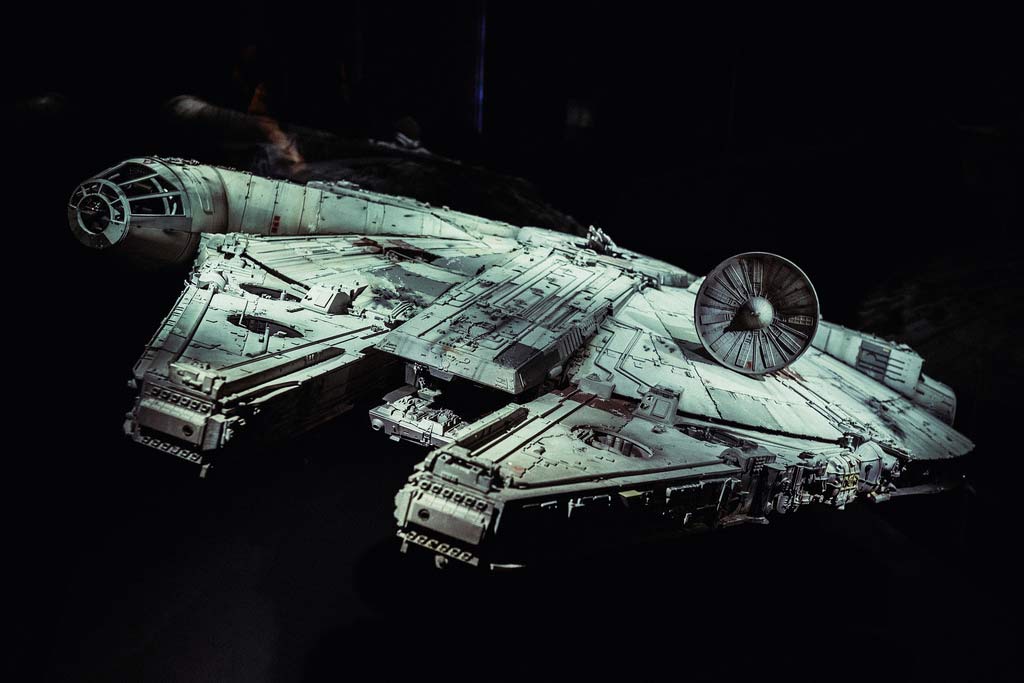 The Millennium Falcon has to be the most ubiquitous spacecraft in movie history. Since debuting in the original 1977 movie, the ship of Han Solo and Chewbacca has appeared in five of the Star Wars films so far. The Millennium Falcon in the Star Wars saga represents the beginning of an adventure, since the spacecraft has been the centerpiece of many of the movies early scenes transporting Star Wars’ heroes and always leading to the pinnacle action scenes.

The standout feature of the Millennium Falcon is its shape - the large, flat disc zooms through hyperspace. The asymmetry of the ship makes it one of the coolest spaceships in movies, because it can snake its way through the asteroid fields and large dog fights present throughout the Star Wars universe. The Millennium Falcon’s interior is even more appealing since there are so many unique set pieces that recur in the movies like the Dejarik table.

All of these features culminate into a well-rounded spacecraft fit for a few space smugglers to drive through the galaxies. 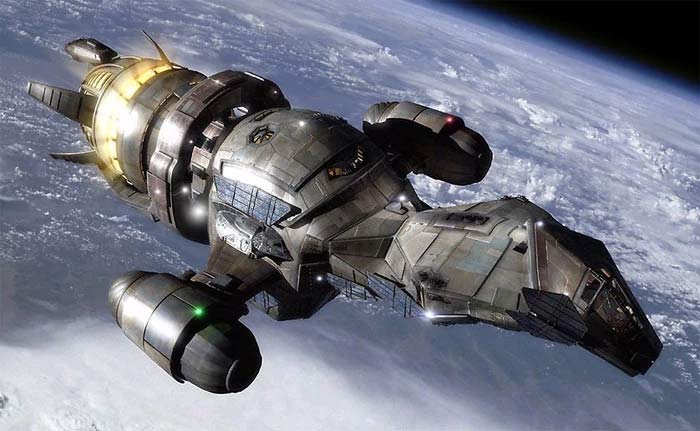 Next on our list is Serenity, the eponymously designed and main spacecraft for the cast of Firefly. Firefly is a story about a crew abandoned from the ‘Earth-that-was’ and forced to survive on fringes of explored territory. During the show’s short-lived TV run, Firefly’s crew of nine made outer space into an Oregon Trail of sorts and the Serenity into its wagon. The Serenity is compact, yet able to weather the elements in this space western.

Serenity itself is a cool looking vehicle: its large gravity drive engine and flanking twin propulsion engines make it appear powerful and able to navigate any obstacles in the Wild West of outer space. Another cool feature of Serenity is that the ship was very utilitarian in its structure. Unlike the other spaceships on our list, the ship was made for purely function and left all of the bells and whistles back on the Earth-that-was.

3) The Escape Ship from Divergent: Allegiant 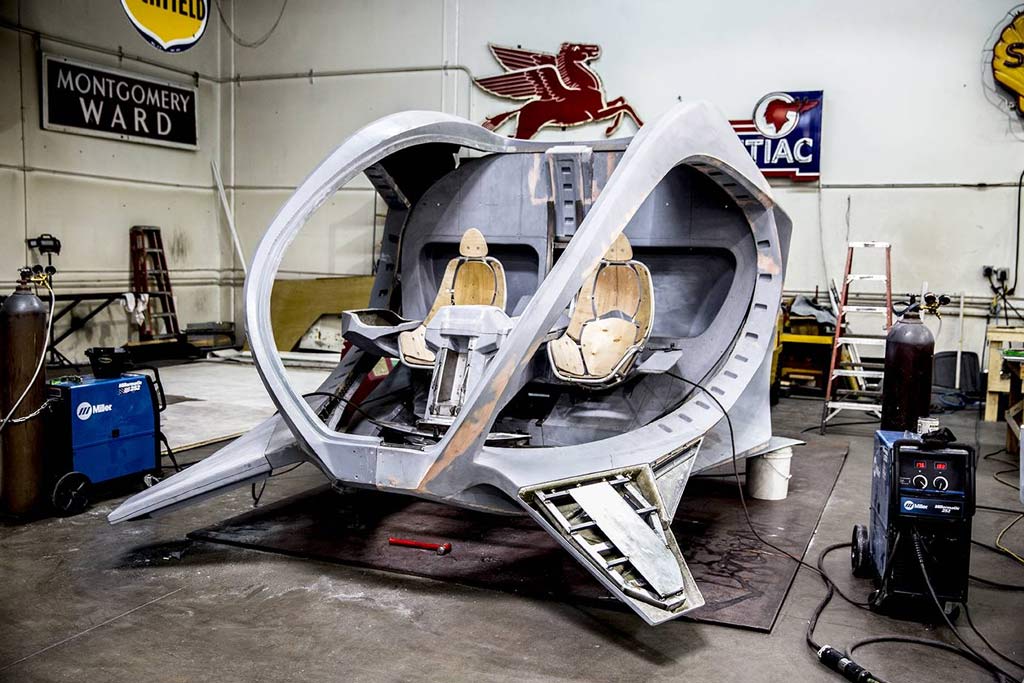 The Divergent Series, based on the novels by Veronica Roth, is set in a post-apocalyptic Chicago where a government agency known as the Bureau has divided citizens into five factions in an attempt to create a safer world - with miserable results. Allegiant, the third installment of the series, finds the characters Tris and Four escaping from the walled-off city to uncover mysterious truths about the world outside of Chicago.

This is one ship that Cinema Vehicles can claim as our own: our incredible fabrication team designed the spaceship used during the film’s suspenseful escape sequences. We built in moveable hand controls and pedals for the actors to use, as well as automated windows. The engines and wings built into the back of the ship provided realistic detail for the fly away shots, while the automated sliding cockpit doors conveyed a sense of futuristic technology.

We engineered the cockpit to look as though the seats and internal structure were rotating mid-flight to provide the effect of pitching forwards and backwards — a crucial detail that came into play during the intense action scenes.

4) The Colonial Viper from Battlestar Galactica 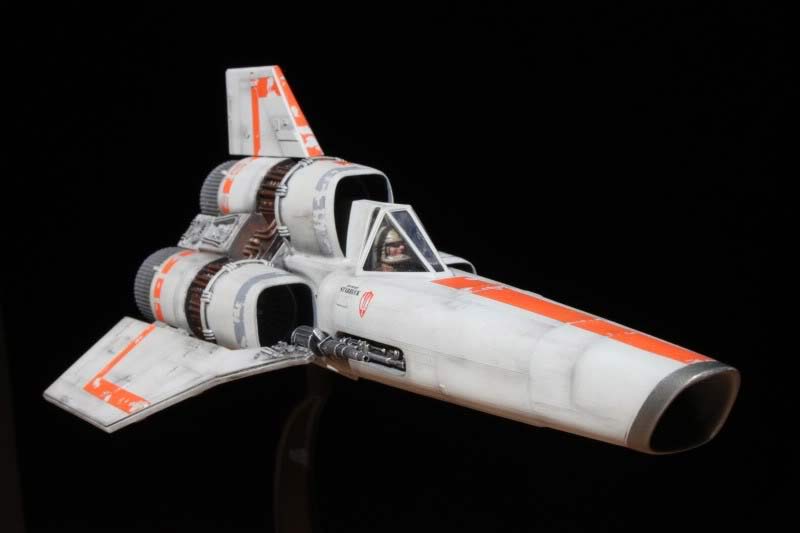 Battlestar Galactica was a sci-fi fan favorite, and a very popular TV and movie series up there with the likes of Star Trek. The franchise depicts humanity’s struggle for survival against a cybernetic race of beings known as Cylons. This war with the Cylons leads humanity into an ultimatum: fight or die. This is where the Colonial Viper enters the scene, and why it is one of the coolest spaceships in movies and TV.

The Colonial Viper is akin to an army Humvee with power and mobility to go wherever the fight breaks out. It is instantly recognizable as a fighter spaceship; with three wings jutting out in a triangular form and a long thin nose, this spaceship is built like a rocket. Its small size and maneuverability make the Colonial Viper nearly invincible in combat.

These qualities, along with the fact that it could take a number of punches in dogfights, combine to make the Colonial Viper one of the best movie spaceships and a necessary inclusion on our list.

5) The USCSS Nostromo from Alien 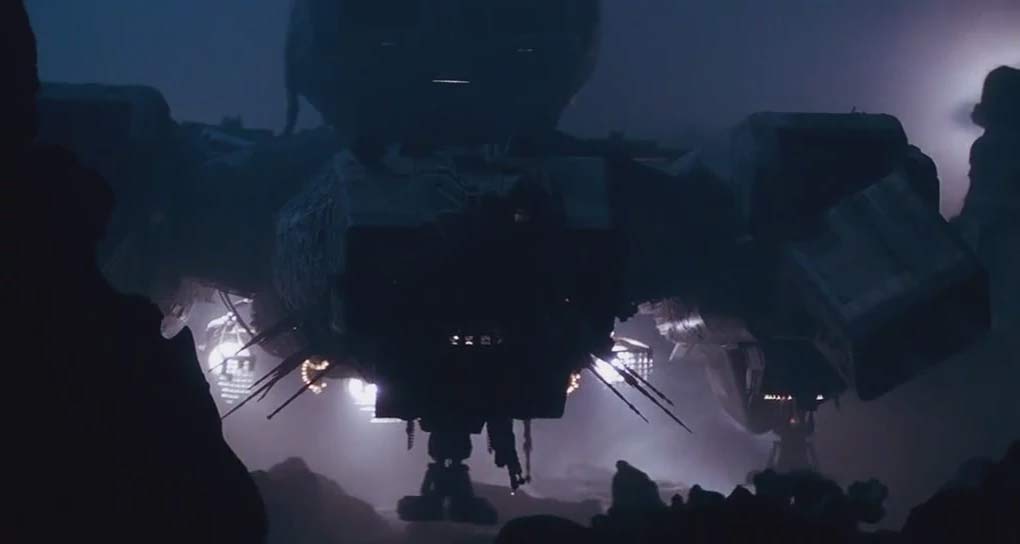 Last on our list of coolest spaceships in movies is the USCSS Nostromo from Alien. As one of the most iconic and synonymous sci-fi movie franchises, Alien delivered heart-stopping action and thrills when it first debuted in 1979. The Nostromo is the main setting for the film, and it is a large set piece: housing many compartments for the crew to defend themselves against the title alien.

The Nostromo cost 42 million dollars to make and included a main body with two branching side bays and an engine above the main body. The design of the Nostromo is not very sleek and more realistic looking than other classic sci-fi set pieces. Overall, the Nostromo solidified the image for the modern movie spaceship: function over form and realism over idealism.

How Are TV and Movie Spaceships Like These Ones Made?

A sci-fi TV or movie set would not be complete without a cool spaceship. These best of the best movie spaceships shown here were made by a number of different creative set designers, and our custom build team at Cinema Vehicles work on projects like these all the time.

We have built and designed set pieces for many sci-fi and fantasy films. If you want to inquire about what our custom build and fabrication teams can do for your production, call (818) 780-6272.