The development of The Avengers movie cars was one of the largest projects for our team. Cinema Vehicles built almost every vehicle for The Avengers movie production. Each vehicle required a lot of custom building to match the needs of the Agents of Shield.

Based on the Marvel comic book series of the same name, 2012’s The Avengers is the centerpiece of the Marvel Cinematic Universe. The story follows six superheroes, including Iron Man, Captain America, and The Hulk, who band together in order to defeat Loki, the brother of Thor.

The 2012 megahit achieved a record 1.5 billion dollars at the box office, and the series of movies based on the alliance of these superheroes has dominated theaters ever since, with multiple franchises following the individual Avengers taking the box office by storm in recent years.

In The Avengers, the Agents of Shield organization is the governing body of these superheroes and helps to assemble them when Loki attempts to take over the Earth. Our team at Cinema Vehicles created the Agents Of Shield cars used throughout the film.

Development of the Shield SUV 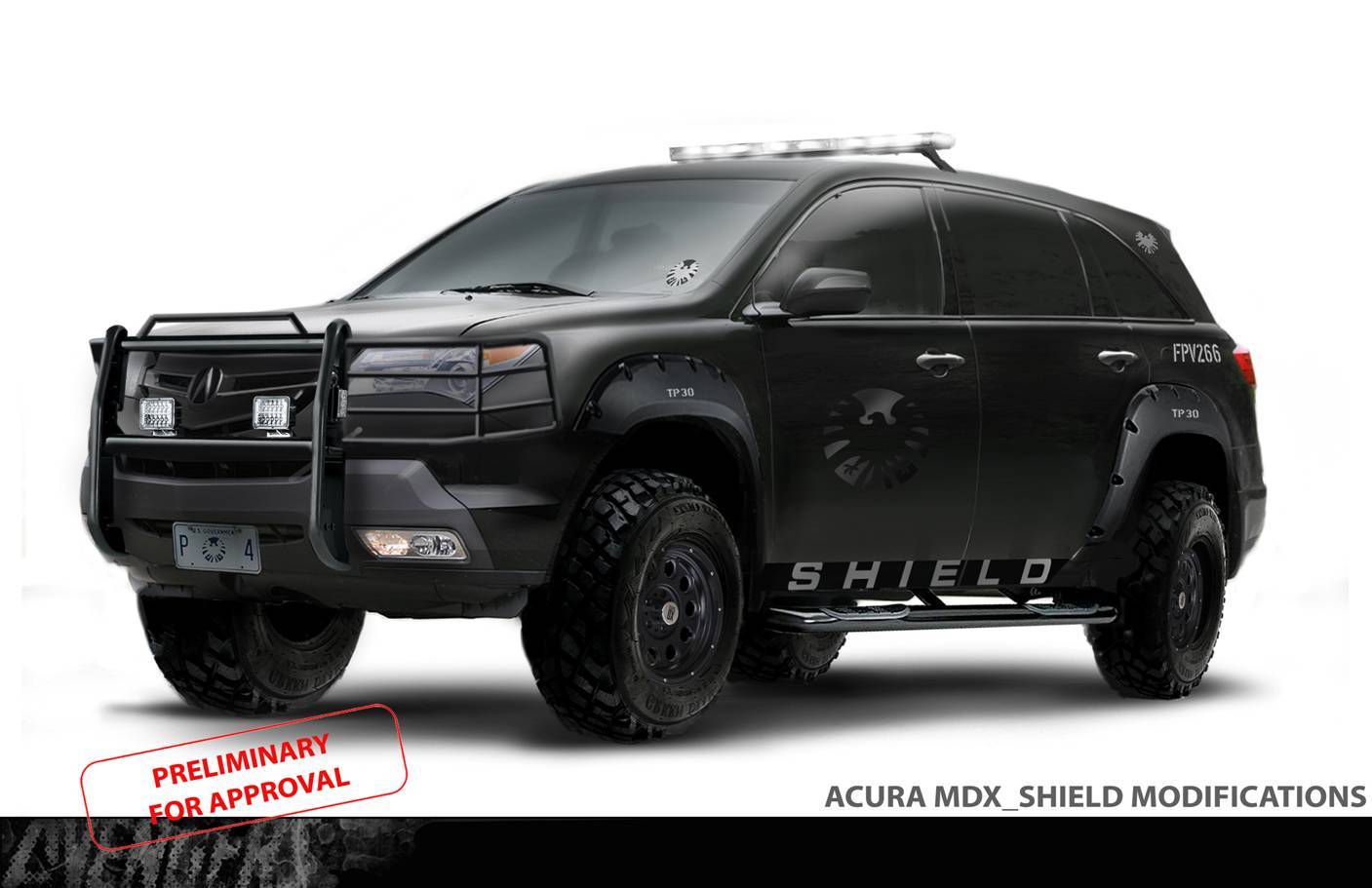 We began most of the cars shown on film from a stock Acura SUV and turned each of them into mean looking tactical vehicles. We customized the suspension for each car for off-road travel and front bumpers for their tactical, police cruiser look. We also customized the paint job on each vehicle to show the iconic eagle symbol of the Agents of Shield.

Challenges with the Agents Of Shield Cars

Obviously, with one of largest builds, we also had many challenges to overcome. We had to build and customize The Avengers movie cars in a very limited time. We had to emboss most of the vehicles with the Shield insignia, Shield logo, and I.D. tag. We also had to fit each SUV with custom 1-piece cast wheels, front bumpers, push bars, and lights.

These features were designed to emulate modern police and tactical vehicles, yet exceed those requirements with extra gear in order to mimic Shield’s extra-governmental status in the canon.

Where Does the Agents Of Shield Car Appear in the Movie?

The Agents Of Shield cars are found throughout the movie in scenes where Agents of Shield are engaging with the Avengers’ efforts to defeat Loki. In the beginning of the film, the vehicles are used to track down Loki after his escape with Shield’s tesseract, and at the end of the film, the vehicles are shown in the movie’s major fight scene. Many of the production vehicles were either crashed or used in lead character driving shots.

Our team at Cinema Vehicles worked tirelessly to bring The Avengers movie and the Agents of Shield from the comic books to the silver screen. We’re proud to be a part of one of the most successful franchises in film history.

If your TV, film, or commercial production is looking for a custom vehicle, like the Agents Of Shield car, contact our custom build team at (818) 780-6272 or through our contact page.